On the 6th of June 2008, I started this blog. My aim in 2008 was to rant about how society had failed and things that annoy me in life, but it became far more than that. I had joined a small community within a larger blog community and have enjoyed posting anything and everything ever since.

So here we are 1000 blog posts later and my enthusiasm has waned somewhat.  Reader numbers plateaued a while ago and comments dried up. Much of this is my own fault as I have not been commenting on others blogs that I do read regularly which tends to draw other people in. But I also feel that the Blogger model, and therefore the way I blog, has come to an end.

Blogger has lost it's way, missing out on the interactivity that other services offer such as easier ways to reblog, linking with link-minded bloggers, sharing of ideas and providing feedback.

I have therefore decided to mothball this blog with this 1000th post and start again elsewhere. So you can continue to read my ramblings if you wish, but the style and content may be different. I may be back, but I don't see a reason to at the moment.

The new blog can be found here.


So long and thanks for all the fish.

Call the emergency services, it's the 999th posting on this blog!

And looking at the stats from 1 to 999, it's no surprise that pictures of semi-naked guys sit at the top of the most viewed list:  Zac Efron, Rugby hunks, Francisco Lachowski and a few others make up most of the top 20.  A surprise entry at number 9 is my comment on a Mondrian painting.

And to date there have been 312,861 page views. Is that good? I really don't know and not sure I care.  April 2010 had almost more page views than the rest of the year added together for some reason, though 2011 had the most page views by far. Again, I have no idea why.

I could choose a few favourite blog entries, but this 30 second movie always make me smile...

And tomorrow there will be an announcement... watch this space.

My friend a is Policeman and mentioned last night that, having been on shift over 6 hours, he walked into a Supermarket to buy a sandwich.  He was stopped by a man who said, in a very serious and accusatory way, "I don't pay you to take breaks!" and stormed off.

He says that this has happened a few times!  Do people really think that a Police offices salary is paid solely from their taxes and that he should never take a break?

My friend has been very patient with these people and said nothing, but I think I would have had to say something.  I am stunned that people show so little respect and are this rude anyway.  I am sure that this person would rely on my friend if they were in need.

He has been abused in the past by people for no reason, even by people he was trying to help! I know I couldn't do his job.

There are some complete idiots in the world.

Just to keep you informed, Zac is growing fast and today went for his first proper walk.  It wasn't far and was surprisingly good on the lead.

It's hard work though at the moment!  He is into everything and just when you think you've trained him not to pee on the carpet or attack the carpet, he shows you that he is the boss. He's also biting a lot and I hope he grows out of that soon!

We may have made him a bit dependant as he whines and yelps when shut in the kitchen in his bed and we are in another room. Though at night he is fine. It shows how confusing it can be to train a dog... 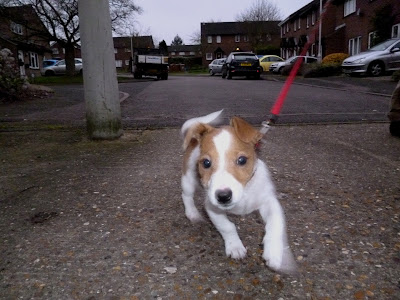 I am a bad Christian

So let's start 2013 with a highly personal and possibly controversial posting. We shall see how this sits with some people...

As I get older, my tolerance for religion and those that believe in God has faded rather quickly. I have long felt that, for someone to give their life to a fantasy based on ancient rumours just baffles me. And therefore, I know that my respect for those that follow religion has reach a low. However. I do recognise that this makes me a bad person and I should get over myself and be more understanding.  I have taken it all a bit far.

It makes me a bad person because I should appreciate their opinions, even if I think their views are ludicrous, misguided and unsound. I know a couple of people that have a faith and their religion doesn't and shouldn't influence me, but deep down it does at the moment. Their faith gives them strength which can be a good thing.

Despite the inherent hatred and mistrust built into most religion's rules, there are some valid "good news aims for life". You can't argue with teachings saying that we should really try to be nice to each other (maybe Muslims and Jewish neighbours should remind themselves of that) and that sharing and caring will always be needed. So let's all follow the teachings of Jesus Christ as he seemed to be a nice guy and had some good things to say (and no, he didn't walk on water!).

You see, for me religion is just fantasy and superstition based on centuries of misinformed guesswork and a need for an answer to the big questions. Despite no proof and personal opinions influencing religion over many generations, people believe in this fantasy. Surely there is no difference between believing in Fairies, Santa Claus and believing in a God that provides zero proof of existence.  It's all blind faith.

I should respect views other than my own; even the strange practice of praying must be overlooked (let's face it, praying has never ever ever made a difference and deep down, people know that).  And those that thank their God, with the belief that "he" has helped them win a sports game or to cook a meal are conveniently forgetting that if he really had those super powers, he would not have allowed a child to die from cancer.

I'm getting off the topic now... Although I don't believe, I really shouldn't see people that DO believe as fools.  With zero proof, ANYTHING could be the truth and so I should respect their choices.

I have no problem with broad teachings of being good to your fellow man, so let's follow those rules even if we don't "believe".

So I am now actively looking to be more broadminded and respectful.  It will make me happier I am sure and allow me to overlook what I have seen as other peoples failings.

To my reader, a Happy New Year to you.  Here's a random Gary Larson cartoon as my gift to you - it always makes me laugh... 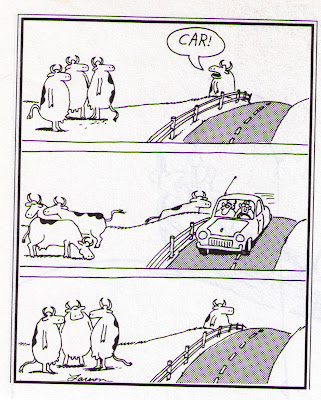 Inspired by Ray's posting, here are my top 10 (plus 1) movies of the year. These are films I watched this year, rather than those released in 2012:
Dreams of a Life
This documentary has stayed me with ever since I saw it. It is a gripping and very emotional film, which I highly recommend. I wrote a blog posting on this film as I was so impressed.
Skyfall
A great thriller and a wonderful Bond film.
The Muppets
A film where you smile all the way through, especially if you are of a certain age.
The Descendants
Watched on a plane, but still obviously a top drama.
Ted
If you like Family Guy, you'll like this. Crude, silly and very funny.
Hugo
I well acted and visually stunning movie.
Heartbreaker
Funny French movie about an expert brought in to break up relationships.
The Awakening
A minor horror overlooked by everybody it seems.
Bolt
Simple, funny animation.
Had to be a top 11 in the end as I couldn't decide between these two:
The Help
A film that showed that parts of mid 20th century USA were rather racist places and many people didn't even realise it!
The Artist
So much has been written about this already.

A busy day ahead for us - visiting Pete's God Parents who we haven't seen for a while, a few last ingredients for home-made ice-cream and cheesecake, some last-minute shopping, wrapping, etc etc.

Look what I found under the tree!... 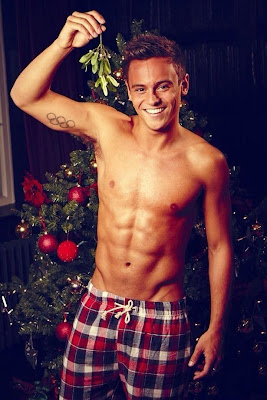 Here are the films that Pete and I have received from Lovefilm.com and watched on TV and DVD over the past month in reverse order, with my ratings out of ten from my movie list on the IMDB.

Flame (1975) 6
A gritty drama that features 70's glam rockers Slade! Surprisingly serious film about the music industry in the late 60's.
Hesher (2010) 2
Awful.
Going South (2009) 6
A French road movie that was OK, but was lacking enough story to make you care about the characters.
Margin Call (2011) 7
A good Wall Street drama about the effects of the bank crisis – close to being an 8.
Élisa (1995) 2
Bad story and characters you hated. Not good!
The Philadelphia Experiment (2012) 5
Silly action movie, but OK to pass some time.
Anthony Zimmer (2005) 6
We couldn't understand why we recognised the story in the French film, but found it's the original of the US film The Tourist (which was more of a comedy that this film).
Magic Mike (2012) 5
Despite lots of fit almost naked men, this was not a good film. The story could have been more fleshed out (no pun intended).
Seeking a Friend for the End of the World (2012) 7
Surprisingly good comedy with the end of the world weeks away. Quite touching in places.
The Best Exotic Marigold Hotel (2011) 6
Twee and not the best story in my view, but OK if you want something that doesn't require any thought.
Tortoise in Love (2012) 7
A film with an amazing back story. This silly comedy was made on a tiny budget and everyone in an English village took part; from building sets and catering to acting, driving and promotion.