Last night Pete and I accompanied my Mum and Dad to the Royal Albert hall to see singer/songwriter Don McLean. The tickets were a present for my Dad's 70th birthday. As expected, the venue was full of people of a certain age. 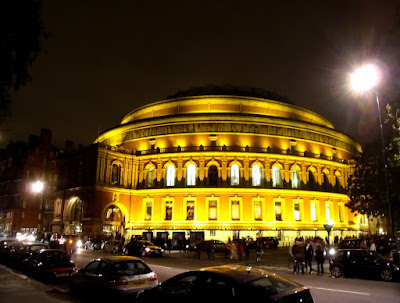 I grew up with Don's music as my Dad played the American Pie album (on scratchy vinyl) over and over, so I knew a lot more than Pete did.

The warm up act was the excellent Lesley Roley who played a witty song about an ex-boyfriend who had written loads of non-complementary songs about her after they broke up. So she had written a song called Mr Sad and had a great line in it:

"Size is important when you're not very big".

She said he ex was none too happy when he heard the song.

Not much to say about the election result other than other European countries survive well with coalititons, so we need to get on and sort something out! I do believe we need a change in the voting system as too many votes are wasted, especially at safe seats, but that can wait.