I have confession to make... I am a fan of Lost.

To those of you who didn’t persevere through the first series have lost out on a thoroughly entertaining and equally exasperating programme. Please note, readers in North American should substitute the words ‘season’ for ‘series’ and ‘program’ for ‘programme’.

Series 5 starts on Sunday and I can’t wait! It would have been here earlier but for a writers' strike in the USA. I know that when it returns, I will find every programme incredibly frustrating – but thankfully its 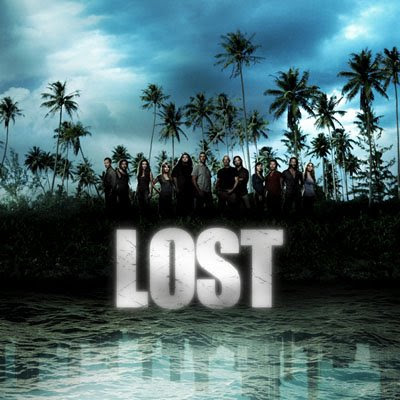 entertaining distraction is wonderful. I have many “dramas” that I have enjoyed and I don’t recall many being American. I have nothing against US dramas, but I often found them a bit lightweight – there are exceptions of course. Lost is very different; it’s not high art, but I can get that on BBC4 when I want it!

After watching series one and becoming more and more confused as time went by, I thought my interest may wane, but the series finale was the hook I needed and I waited for the return of the programme with anticipation. The opening scene of the first episode in series 2 is one of the best starts to a programme ever. It totally threw me and added a twist that was brilliantly planned. I was confused, as they wanted viewers to be, but also greatly impressed.

With Lost, you have to appreciate that the story is ridiculous, the characters flawed, the acting sometimes suspect, but I love it all the same! There are clues all over the place, links to other episodes and many many unanswered questions. Great Sunday viewing.

If you gave up after the first series, have a look in the second hand shops and on Ebay for the DVDs of subsequent series and get yourself back into it! But before you rush out and buy me a boxset of Lost, don’t bother as it’s one of those programmes that you can probably only watch once as the surprise element will not be there. I did watch the last two parts of series 4 to remind myself of the situation.

There is a truly sad (in a good way!) site for Lost enthusiasts like myself HERE.